This is the schematics and the prototype... 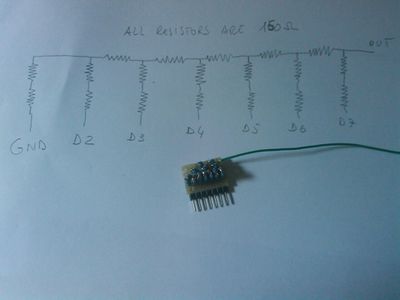 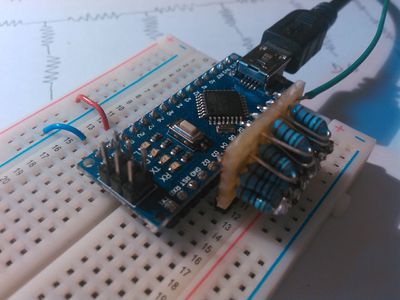 The source code of the Arduino's sketch is:.

This prototype generates nice smooth signals up to 1300hz, the shape is still clear @ 10Khz, then the signal takes less and less sample per period... around 80Khz all signals are square waves.